September 4, 5 & 6, 2010 – Labor Day weekend – paddlers from all over the world gathered for the 39th annual Queen Lili‘uokalani Canoe Races held on the beautiful Kona Coast. OluKai was proud to be a sponsor for the largest long distance canoe race in the world, attracting dozens of canoe halau (clubs) and hundreds of paddlers from Hawaii and beyond. The event features single hull, double hull and individual races along with a torchlight parade, dance and luau awards ceremony. 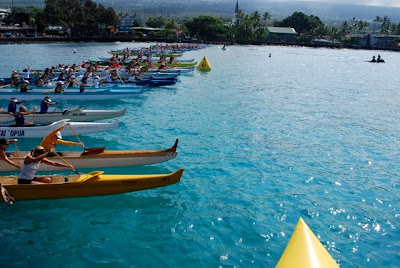 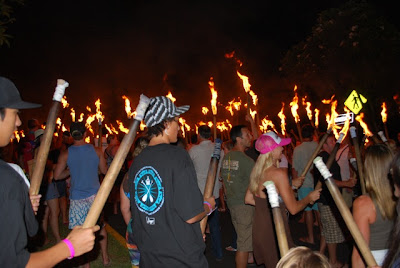 The Queen Liliuokalani Canoe Race was started in 1972 to fulfill a need for a way to train for the grueling Na Wahine O Ke Kai (Women outrigger canoe race) and the Molokai Hoe (Men outrigger canoe race) – the 32 mile long distance canoe races from the island of Molokai to the island of Oahu. The race was named in honor of the last reigning monarch of Hawai`i as the first race fell on Queen Liliuokalani's birthday, September 2. 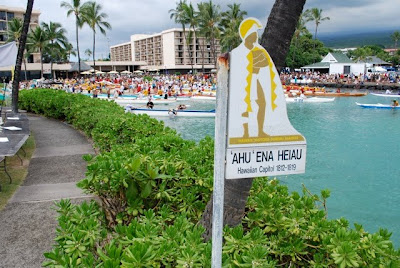 Saturday Wa’a Kaukahi (single hull canoes) – The women start this event paddling 18 miles from Kailua Bay to Honaunau and the men then bring it back 18 miles. Team Primo led by Kai Bartlett of Maui won the men’s Iron Open 18 mile race in a time of 1:53:56 and the Team Calgary Canada won the women’s Iron Open 18 mile race in a time of 2:10:59. The first day’s events ended with a torch light parade where over 500 people participated. On Sunday, Wa’a Kaulua (double hull canoes) where the men and the women tie together two single hull canoes to make the double hulls, and the women and the mixed double hulls start, taking the Wa’a (canoes) 3 miles South to Lyman’s, turn there and return to Kailua Bay for a total of six miles. Following the same course are the OC1 and OC2 canoe race, Stand-up Paddleboards and a three Keiki divisions (OC-6 – 6 person crews): 15, 16 and 18 and under race. Monday was the Ali‘i Challenge (single hull canoes – 12 person crew), an inaugural year for a race heading north of Kona to finish at Kona Village. The 12 person teams were broken into 6 men and 6 women and it was up to each team to decide if the men or women paddled the first 9 mile leg with a “open water change of crews”. Team Lilikini from the Big Island took first place with 2:24. This years exciting event had an astonishing number of participants with approximately 121 women OC6 team and 123 men OC6 team. Mahalo nui loa to all the participants, friends, families, and volunteers that helped make the 39th annual Queen Lili’uokalani Canoe Race a success! Olukai is very appreciative to be a part of such a historical race. 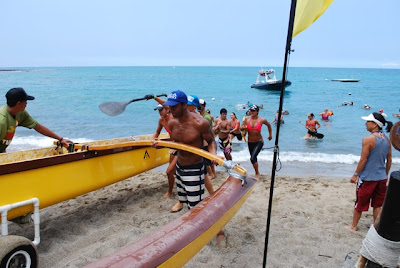 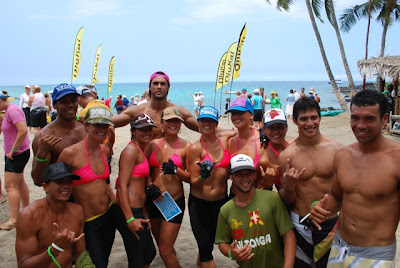 Looking for the best golf courses in Hawai‘i? Slide on your...